Renovation of an historic tunnel in the USA demanded a balance between improving its condition, and retaining unique features; Freyssinet worked with the owner to find the right solution.
Download the reference sheet
Scroll down
Scroll down
Accueil / Case studies / Baker-Barry Tunnel

Recreational access to parts of the Marin Headlands near San Francisco is via the 752 m-long Baker-Barry Tunnel just to the north of the Golden Gate Bridge. In its current form the tunnel dates from the 1930s and is so-called as it connected the military bases of Fort Baker and Fort Barry, which were part of the Bay Area fortifications in WWI. 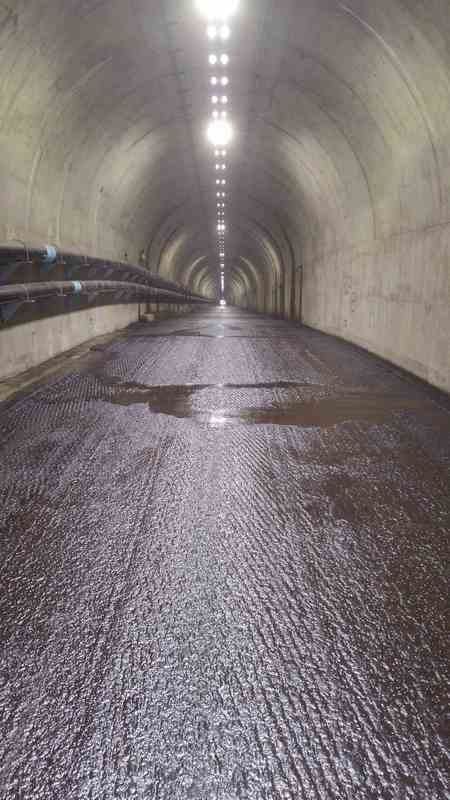 Clearance inside the tunnel is restricted at just 5 m high and 6 m wide as it was built for use by military vehicles and equipment. Nowadays a single highway lane and cycle lanes are accommodated, with motor vehicles controlled by traffic lights at each end. But the ageing facility was increasingly suffering water ingress, leading it to be known locally as the ‘car wash’ and putting the safety of its users at risk.
The tunnel is managed by the Federal Highway Administration on behalf of the owner, the National Park Service, and at tender phase a repair plan was put forward to seal the leaky lining, upgrade the tunnel lighting and replace the utilities within it.

A tunnel renovation was not a typical project for Freyssinet, but our expertise in the application of shotcrete, which was proposed for the tunnel lining and would have formed a significant part of the operations, was what clinched the contract.
Subsequently this aspect of the works was reconsidered, as was the complex modern lighting system that had been proposed, in the course of discussions between Freyssinet and NPS. The purpose of the shotcrete lining was not intended to be structural, it was simply to prevent water ingress, and create a lighter environment inside the tunnel for those using it, especially cyclists.
We were concerned that shotcrete would be an expensive choice for this kind of application, where its benefits were not being fully exploited and it was to be used over a relatively small area.
Instead, Freyssinet proposed a different product which would enable some of the historic features of the structure to be retained while still providing the improvement in tunnel environment that was required. 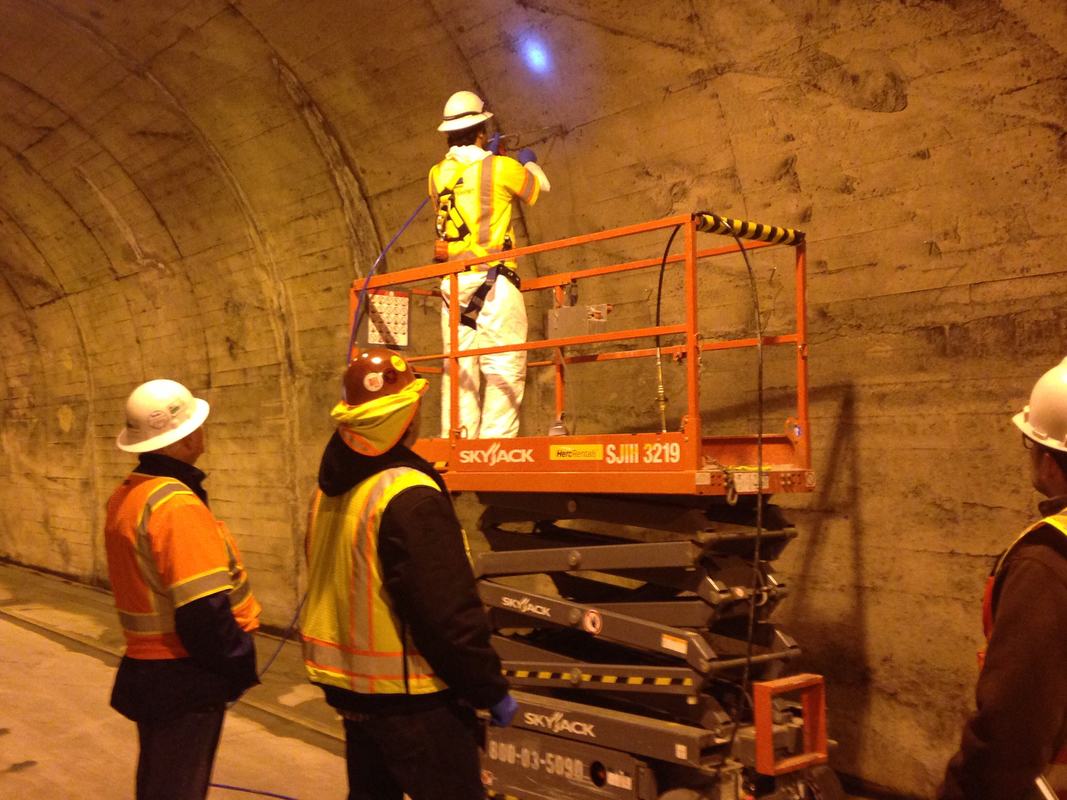 A fundamental understanding of the priorities of the tunnel owner was the key to reaching this decision, and treading the fine line between repair and preservation while value-engineering the design. Mock-up tests were carried out with the chosen product – a non-porous, polymer-based coating – to enable its suitability to for the site conditions to be assessed.
As well as being easy to repair, the replacement product could be applied in a much thinner layer, minimising the reduction in tunnel cross-section. Polyurethane grout was injected into the cracks to seal them and prevent water ingress. Value-engineering also enabled a lighting system that was simpler and cheaper, but still met performance and efficiency improvement requirements, to be designed