Three columns on the ground and first floors of a car park in the UK were strengthened by the use of pre-loaded Exoleaf shells after signs of overloading became visible.
Download the file
Scroll down
Scroll down
Accueil / Case studies / Gatwick Airport Multi-Storey Car Park

Freyssinet adapted its ultra high-performance precast concrete system to rapidly repair the damaged columns in a multi-storey car park at Gatwick Airport without interrupting its operation. The work was part of a wider repair and refurbishment contract, but needed a bespoke solution to address the cracking which was visible in the columns. 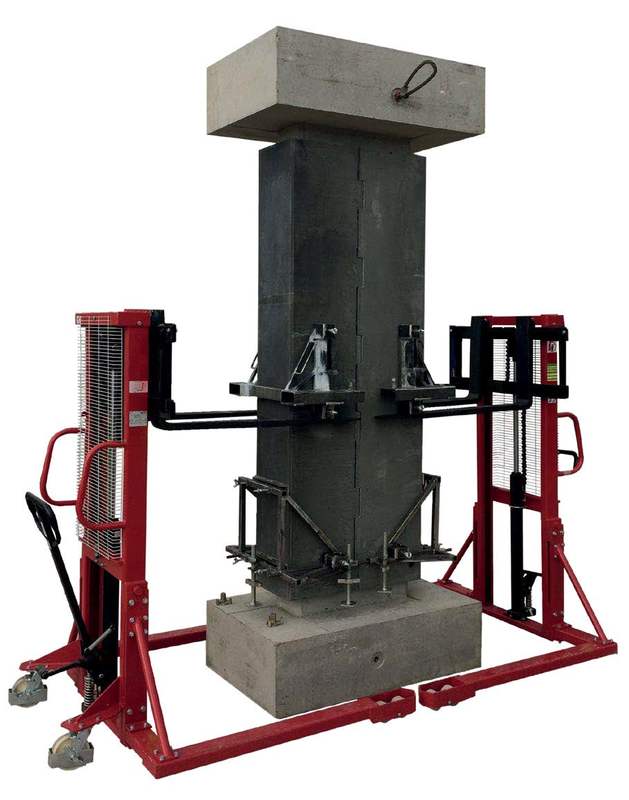 Conventional strengthening methods could not be applied because the columns were located beside the access ramps to the multi-storey building and such work would obstruct access for vehicles.
The proposed solution was to first enclose the columns with 60 mm-thick precast Exoleaf shells, which are made of ultra high-performance fibre reinforced concrete.

Once the shells were installed, Freyssinet proposed to jack them up against the floor above to relieve some of the stress in the existing columns, before grouting the shells to ‘lock’ the load transfer into place. This would enable load in the cracked columns to be reduced without the need for any demolition, without props, and without needing to close the car park in order to do so. 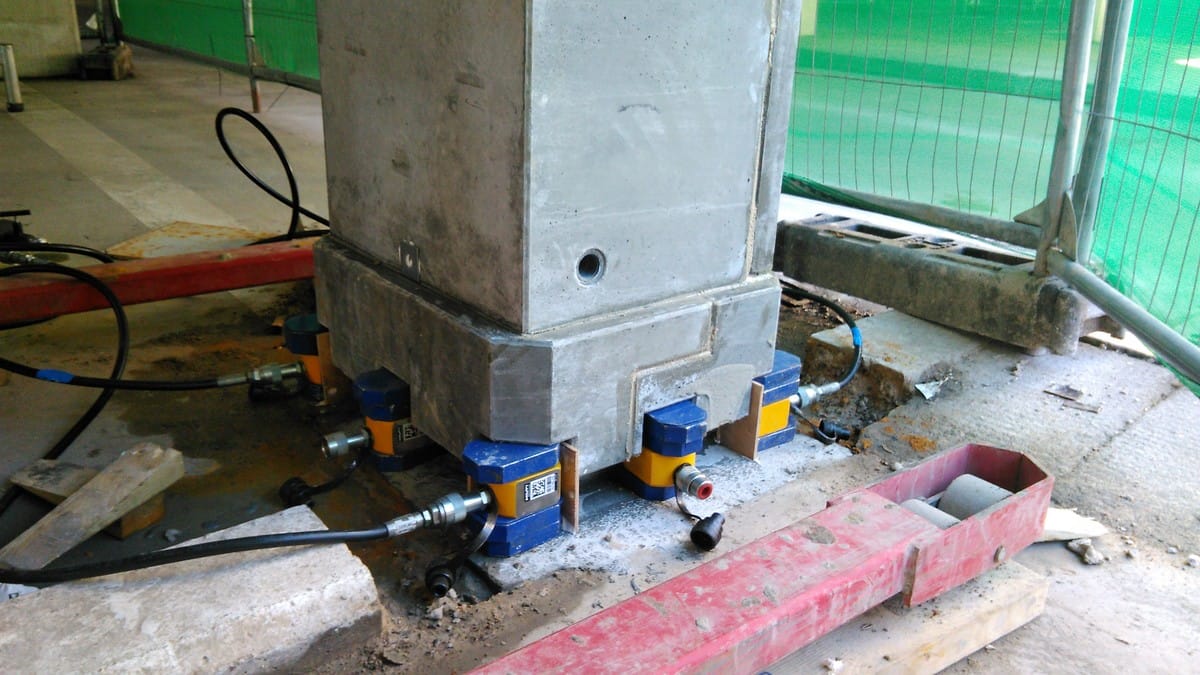 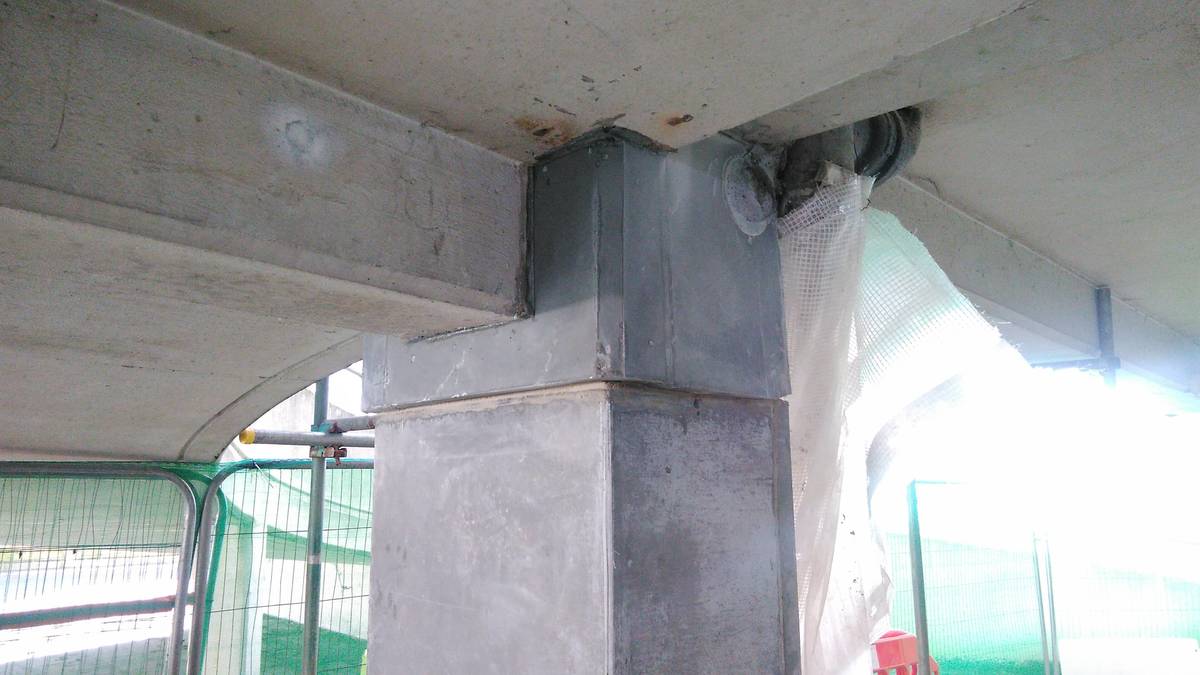 In principle this was a straightforward procedure, but its practical application was made more challenging by the complex geometry of the floor and ceiling connections of the three columns. These elements were positioned at the intersections of multiple beams, all of which had different dimensions.
UHPFRC plinths had to be constructed top and bottom to create a flat surface onto which the shells could bear directly. The base plates were built with recesses to accommodate the hydraulic jacks that were needed to introduce the jacking loads.

As it was the first time that Freyssinet’s Exoleaf system had been used in a pre-loaded application, a great deal of development and prototyping was necessary to confirm that the system would work as predicted. A new connection detail was designed to ensure that the two shells engaged effectively once they were installed.
The time required on site to install and pre-load each shell system was very short – around a week at the most – once the plinths had been constructed.
What’s more, the benefits of using a precast system in a repair contract, in terms of quality and workmanship were notable, as well as reducing the disruption to customers, improving safety on site, and making it cleaner and quicker to implement. 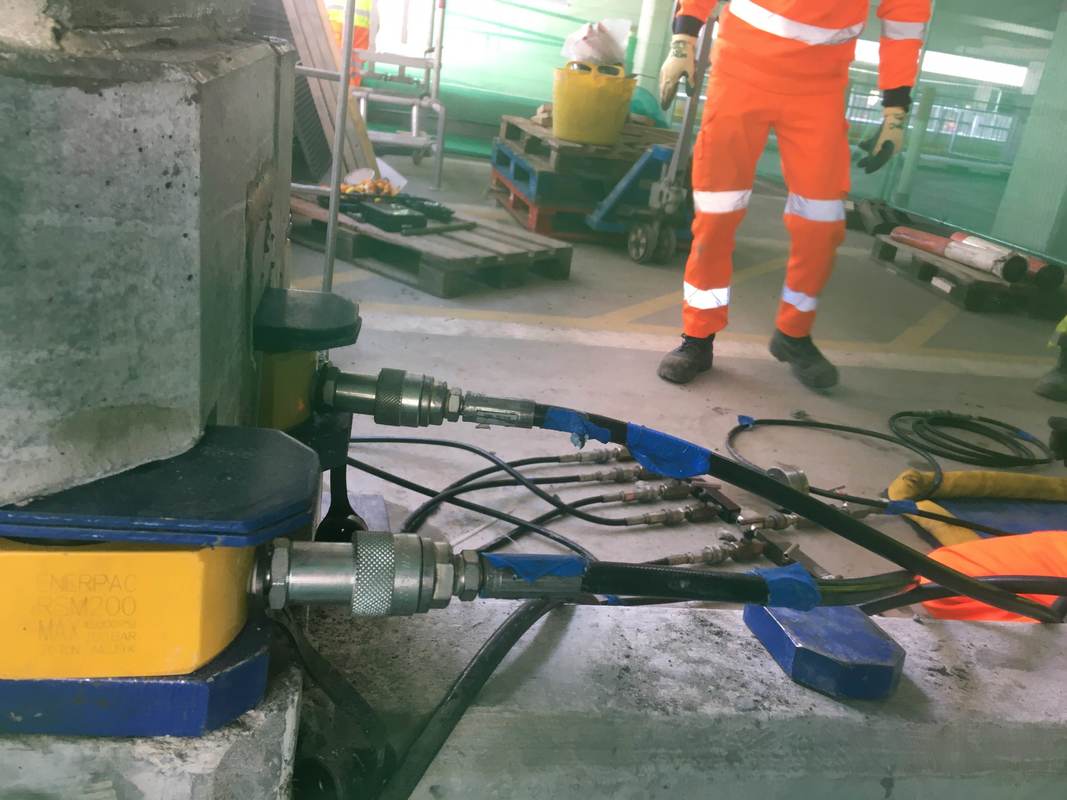 Freyssinet’s engineers quickly provided a bespoke repair detail and this allowed the works to be completed within the original time constraints. The load transfer solution was also on a small footprint and permitted the access ramps to remain open to construction traffic. Overall, very impressed with Freyssinet’s quality of work.