Extending the lifespan of the viaduct by 100 years is what Freyssinet achieved after proposing a turnkey service to conduct heavy retrofitting works including additional prestressing, and completing them ahead of schedule.
Scroll down
Scroll down

Restoring the load-bearing capacity of the bridge was a serious challenge due to the poor condition of the structure, erected in the late 1960s. Additional prestressing aimed to offset the weakening of the existing prestressed girders, therefore strengthening the bridge deck. 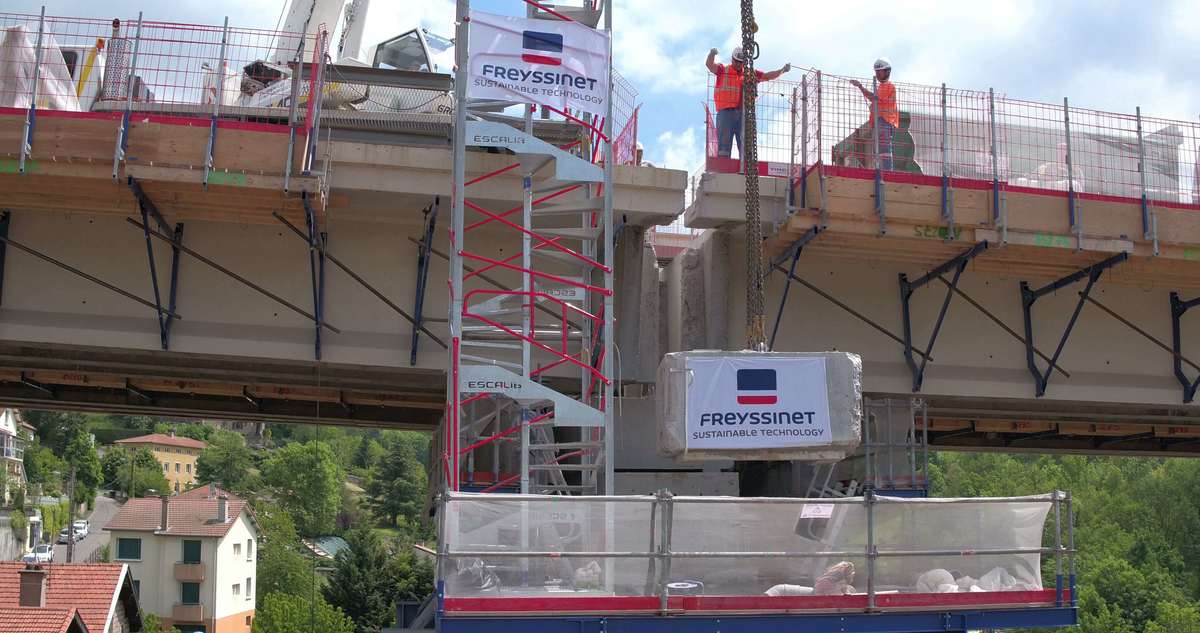 To strengthen the structure, Freyssinet’s teams achieved the continuity of the deck by connecting the seven independent spans together to obtain a monolithic structure of 256 meters. Deck continuity permitted the removal of the road expansion joints on intermediate supports; new road joints capable of accommodating the whole expansion of the structure were installed at each end of the viaduct. This contributed to a significant reduction in noise nuisance for local residents; roads were resurfaced. The deck was strengthened with longitudinal, external prestressing tendons, to solve the structural weakening of the beams observed.
Among the three variants considered by the structure’s owner, the solution implemented by Freyssinet was considered as the most innovative and best suited to the project’s configuration.

The viaduct comprised two curved and separate, parallel decks. To allow traffic switching from one deck to another and ensure traffic continuity, both were rehabilitated alternately, in two consecutive phases of 10 months each.
Since the rehabilitation stages had to be performed successively, Freyssinet proposed a time-saving solution that consisted in lifting the entire deck in a single operation instead of jacking up one pier head after the other. It allowed to deconstruct all pier heads and rebuild new ones simultaneously, to finally deliver the complete retrofitting of the structure ahead of schedule, as compared to the initial proposal. 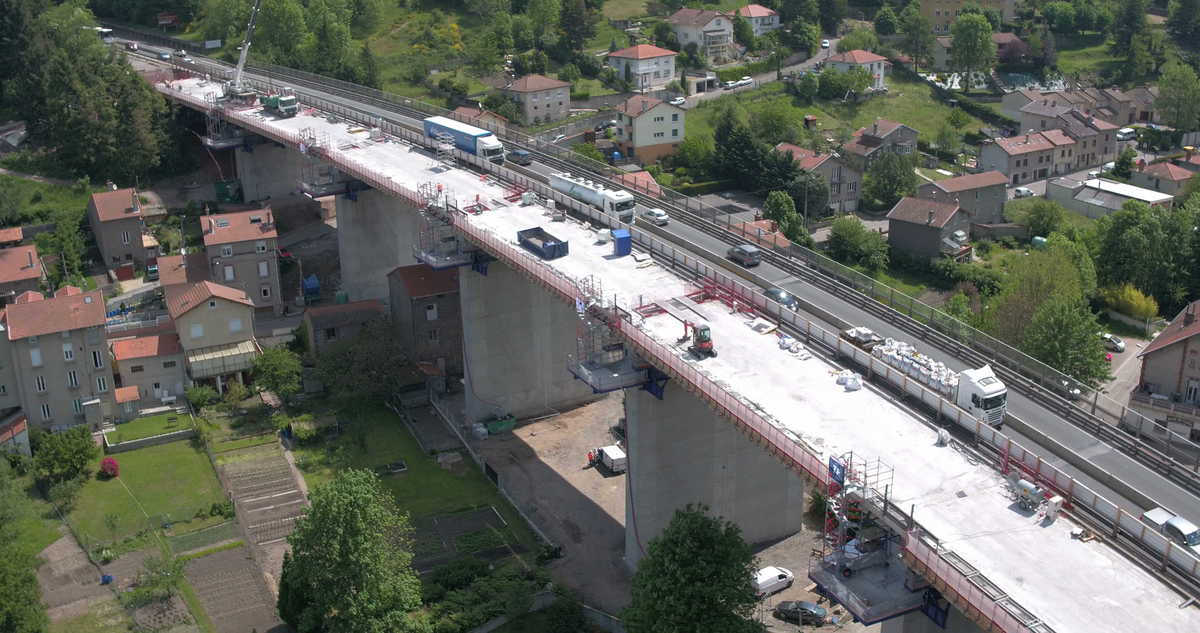 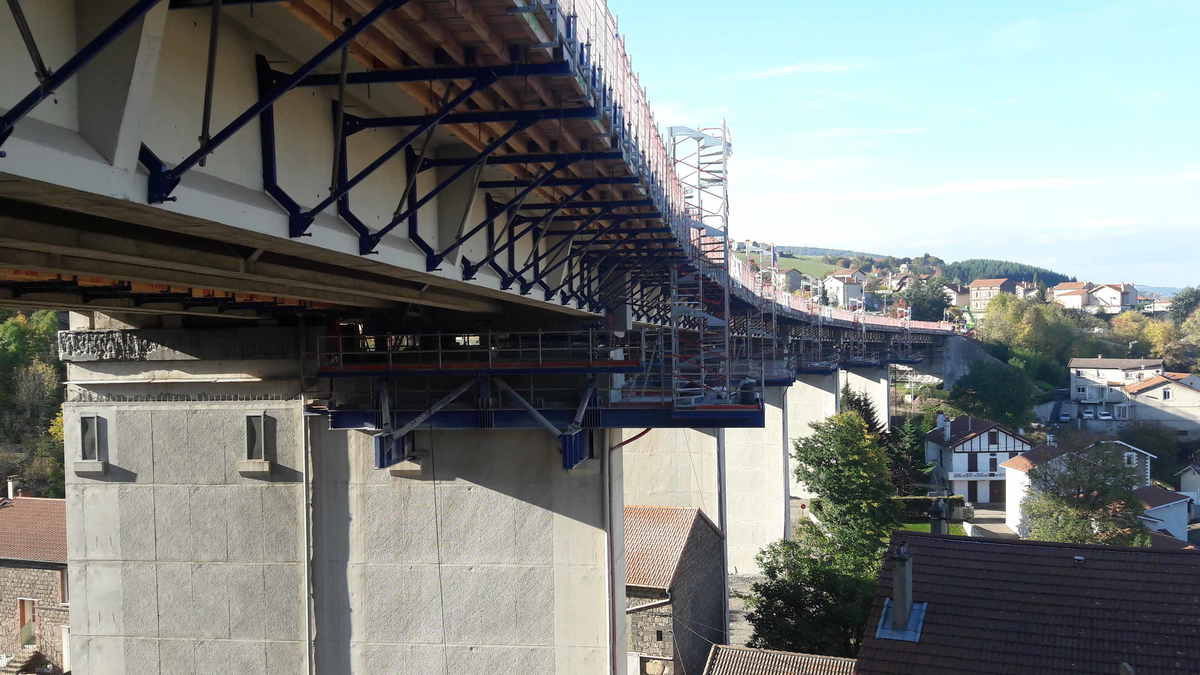 However, such an intervention increased the technical demands significantly.
The jacking-up of the curved deck in a single operation was made possible with the use of a computer-assisted jacking system, which enabled to control in real time the reactions in each of the hydraulic cylinders and the displacements of the structure at each lifting point.
The whole deck had then to be transferred on temporary supports during the entire phase of deconstruction and reconstruction of the pier heads and abutments.

The complete design and sizing of the temporary metallic structures taking over the weight and deformations of the deck was performed by our Design Office, which had to face complex geometry constraints and numerous load cases. Each structure, with six posts to support the beams, was rather flexible, and consequently subject to lateral buckling.
Although the structures’ design and assembly were particularly challenging, it had no impact on the works’ progress and final delivery on time and on budget.