Major road in Reunion Island, the old coastal road is threatened at all times by the collapse of sections of the cliff which overhangs it, and many fatal accidents have been reported. To secure the site, it was decided to transfer this road to the open sea, part of which takes the form of a 5.4 km long giant prestressed reinforced concrete viaduct. 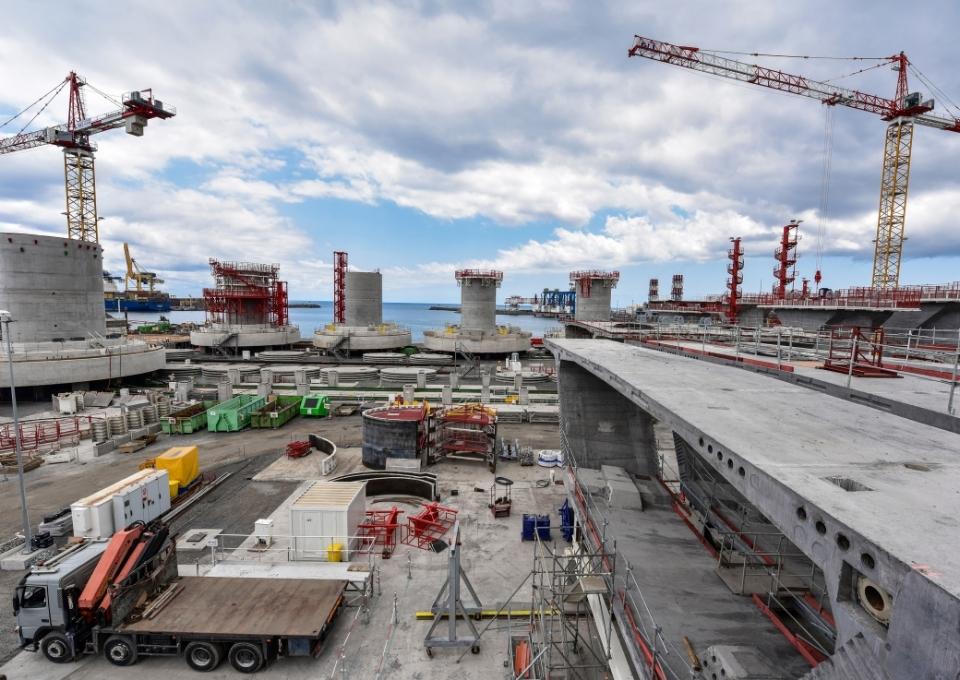 An offshore viaduct prefabricated on land

To be able to support the long spans between two piers – the standard spans are 120 m long – the reinforced concrete deck of the viaduct has a very important prestressing system. Transversal prestressing was first installed on land by Freyssinet teams: to overcome the conditions of strong swells and cyclonic winds that prevail in the region, almost all of the viaduct’s 1,386 segments and 48 piers were indeed prefabricated in a vast dedicated factory. Six transverse prestressing cables (4 greased, sheathed T15S strands per cable) were placed in each of the segments.

“Mega-segments” were also assembled on this prefabrication area. These structures, corresponding to the start of the deck on each pier, made up of two pairs of segments made continuous by longitudinal beam cables (31 T15S strands per cable, with Freyssinet system C anchors), were then transported by barge to be put in place on each pier.

The project continued at sea. The segments of the main runs were put in place using an imposing 280-metre long launcher. The laying of each pair of segments by balanced cantilever on either side of each pier was immediately followed by the installation of 31C15 cantilever tendons, 31 to 112 m long. Once two spans were joined together, they were connected by fish plate cables (37 strands per unit, anchored by Freyssinet system C) with a length varying between 16 and 6 m.

As the consecutive spans were formed, so-called “continuity” or “external” cables were finally installed (37 strands per unit, also anchored by Freyssinet system C). In each span, six pairs of these very long cables – up to 250 m for the longest – followed an “undulating” layout.

The cantilever tendons, fish plate and continuity cables were tensioned using large hydraulic jacks. These jacks enabled to simultaneously tension all the strands of the same cable by applying a total force of 800 tonnes. Thanks to the expertise of Freyssinet’s “prestressing” technicians, these delicate operations were perfectly mastered. 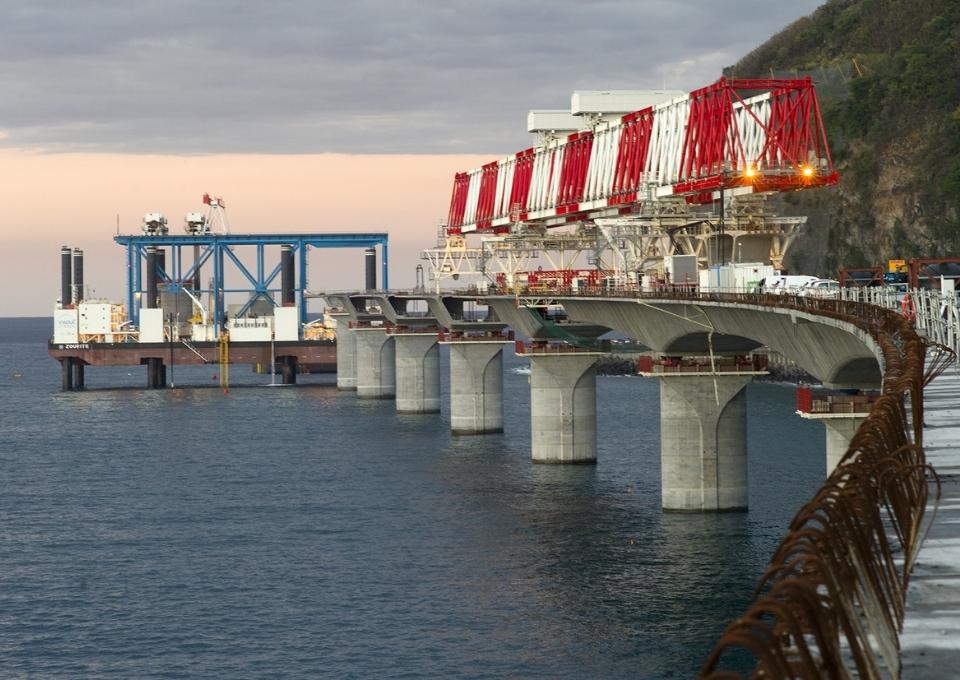 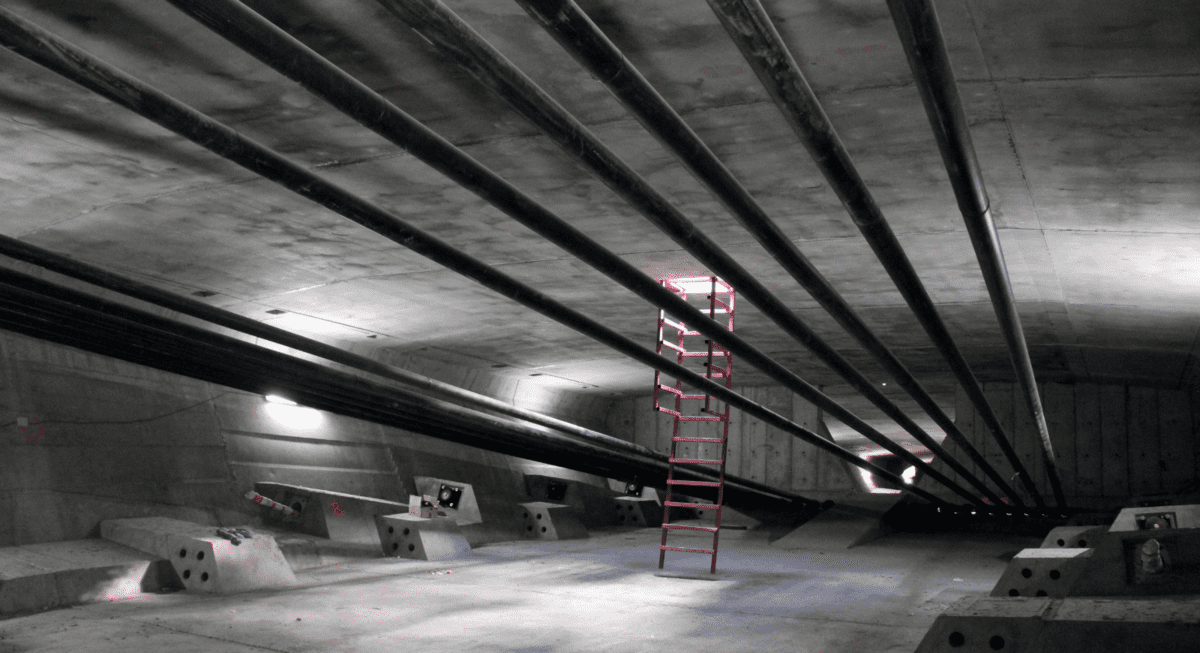 In order to ensure optimal long-term protection – the structure is designed for a service life of one hundred years – all the transversal prestressing cables, cantilever tendons and fish plate cables have been injected with cement grout. Here again, the technical expertise of the Freyssinet teams enabled to control the quality of the grout and guarantee complete filling of the ducts, for perfect protection of cables. The external cables required anti-corrosion protection with a flexible product: petroleum wax.  Once heated, it was injected inside the ducts to ensure the perfect coating of the strands. In all, 2,500 tonnes of cement and 450 m3 of wax were used to provide this high-durability treatment against corrosion.

The success of this project stems above all from the good synergy between the 20 specialised technicians and engineers seconded on site by Freyssinet and by VSL with the forty Reunion Island workers, all very professional and motivated; without forgetting quality administrative staff and solid partnerships set up with local service providers.