Creation of a pedestrian tunnel under the railway tracks of the Vendôme metro station in Montreal by Autoripage.
Scroll down
Scroll down
Accueil / Case studies / Vendôme station tunnel installed by Autoripage

As part of the development of a pedestrian tunnel linking the Vendôme metro station to the McGill University Health Centre (MUHC) under the Canadian Pacific Railway line in Montreal, the CRT-HAMEL Company called on Freyssinet Canada’s teams to carry out, for the first time in North America, the construction of the structure by Autoripageâ.

An Autoripage operation as if on casters

Sixty hours! This is how long it took Freyssinet Canada’s operators to install a 650-t concrete railway bridge under the Canadian Pacific Railway line and restore traffic.

Freyssinet’s engineers, based on the findings of a meticulous sizing study, proposed to CRT-Hamel to use a construction technique that had never been used before in Canada: Autoripageâ. This spectacular operation involves building a structure on a prefabrication area and then moving it to its final location. Its main advantage: a quick response time to minimise the impact on traffic.

In this way,the concrete rail bridge, 14 m long and 8 m wide, was built some twenty metres from the embankment to be crossed and from the railway tracks, which did not experience any traffic interruption until the D day of the sliding operation. 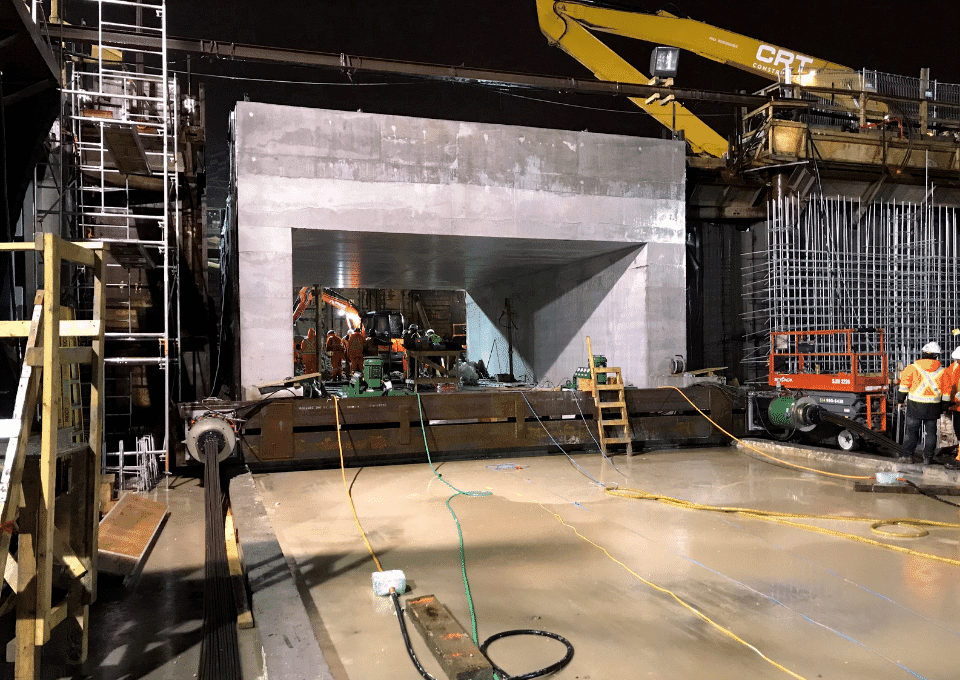 Details of the sliding operation

A sliding slab with side upstands, cast between the structure and the tracks to be crossed, ensures the guidance. The movement is carried out by 1,000 t pushing jacks developed by our Swiss subsidiary HEBETEC. Attached to the ends of a horizontal distribution girder resting on the back of the frame, they act on two cable lines anchored to the end of the slab to gradually tow the structure. To reduce friction, a bentonite-based lubricating grout is injected under pressure below the foundation slab. Thanks to its front edge in the shape of a ski shovel, it slides towards its target, first on the guide slab and then directly on the ground around the track beds. The use of a general raft foundation enables a very good load distribution with an average pressure that does not exceed that of a shoe sole, making the technique applicable to many terrains.

A central control unit for the jacks ensures lateral guidance to within a centimetre by means of a laser sighting system that communicates the 3D position in real time. Precise adjustment of the height is carried out with an excavator equipped with a dredging shovel to ensure perfect planimetry.

After eight hours of actual manoeuvres to position the tunnel, the technicians were able to rebuild the track beds and lay the rail beams to complete the operation. 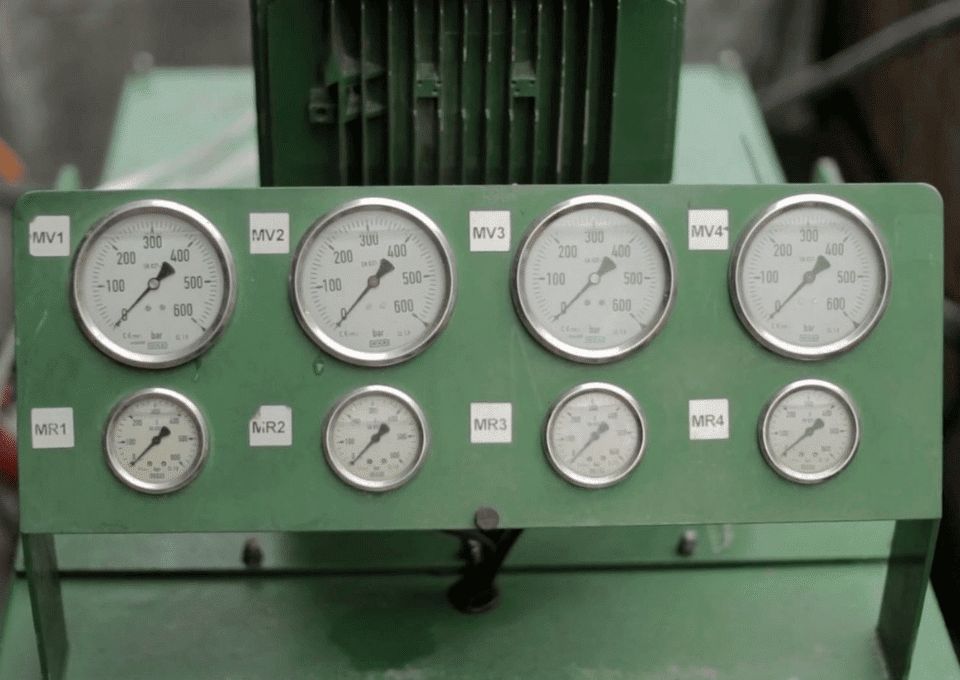 This fairly technical operation was carried out with very good operational control, owing to our collaboration with the Freyssinet France and Hebetec teams, who have tested this technique on more than 250 occasions over the past 25 years.